With the multitude of animated films out there, it’s hard to keep up. And, bear in mind, these aren’t really aimed at what I’d consider my “target audience.” That’s not to say that they don’t have their appeal and obviously with the release of Sausage Party, not every animated film is for the kiddies. But the everlasting appeal of these films has been entertainment for the children while having some “adult” humor thrown in for good measure. Nothing lewd, of course, but enough to get a chuckle out of Mom and Dad.  And with the release of Storks, a film by the man who directed some rather lewd comedies himself (Forgetting Sarah Marshall and Neighbors), we see that nearly anything is possible when it comes to animation. My only thought is that a child asks his parents “do babies really come from storks?” That’s a conversation I’d like to be a fly on the wall for.

Storks begs the question: what if storks no longer delivered babies, but what if they delivered packages? Junior (voiced by Andy Samberg) works for Cornerstore, you can think of it as Amazon if that makes you feel better. He’s in line for a big promotion from his boss, Hunter (voiced by Kelsey Grammer), but has to do one final thing before that happens: fire Tulip (voiced by Katie Crown). Tulip is the company’s lone human employee and she was leftover from the earlier days when the company did deliver babies. Her beacon (an indicator which told the storks where to deliver the children) was broken and hence, she’s stuck at the factory. We then meet Nate (voiced by Anton Starkman), who feels that his parents (voiced by Jennifer Aniston and Ty Burrell) aren’t paying him enough attention. Nate writes to the storks to order a new sibling and the order is filled. Junior and Tulip must now deliver the child before Hunter finds out, lest Junior’s promotion won’t happen. Chaos ensues.

I happen to think that Andy Samberg is, quite possibly, one of the funniest people on the face of the planet. Watching Storks solidified that since it’s only his voice and not his physical appearance that had me in stitches. Admittedly I’m not usually a fan of paying “A” list talent for voice work, but when Kelsey Grammer is involved, well I suppose that is a step in the right direction. Add to it that this is a Warner title and they’re not widely known for their animation work other than the offbeat variety (The Lego Movie). And in a summer when more high profile animated films like The Secret Life of Pets and Finding Dory hogged all of the limelight, it’s nice to see that these films that might have been overlooked are still worth your time. The film does have some genuine funny moments that had me laughing and that’s something that many of these films don’t do. I can’t say it’s the best animated film I’ve seen all year, but it’s worth a look.

I don’t think I need to clarify this one much, but when you’ve got a new to the format film shown in Ultra HD/4K, it pretty much goes without saying that this one will look amazing. And it does. The textures on some of the animals range from rubbery to very lifelike. The wolves in particular look pretty good. I don’t know why these animated films have such odd-looking humans, but it doesn’t play a part in the movie at all. Colors are vibrant across the spectrum, no errors anywhere, very good contrast and this 2.40:1 HD transfer looks every bit the part. No complaints here (like there was ever any doubt).

Warner must have something against Dolby Atmos because as a new release, I’d have figured this would be a lock for a next generation audio format. Nope. That’s not to say that the included DTS HD Master Audio soundtrack is weak, not by any stretch. There are actually several sequences in which I was genuinely impressed with how amazing this sounded. In an animated film, the vocals are important as I like to try and identify the actors playing their respective parts. Is it wrong that I pictured Andy Samberg as Junior and thus got more enjoyment out of the movie? No. No it’s not. If fact, it’s perfectly natural. Surrounds are used rather liberally, the LFE get in on the action and the front stage is very lively as well. So no Atmos soundtrack, but it’s ok because this one rocks.

Storks wasn’t the commercial success that The Secret Life of Pets or Finding Dory was, but that’s ok. I found it funny and entertaining and in some ways better than the two aforementioned films. It both looks and sounds good and it’s got enough supplements to perhaps warrant a purchase. 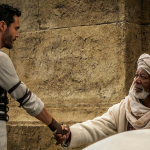 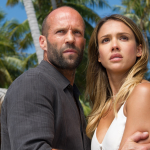